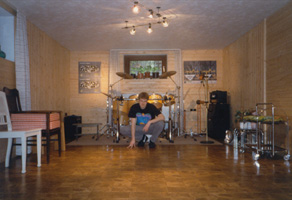 (1): The main room with my old TAMA drumset 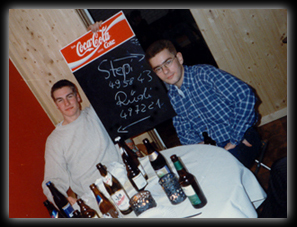 Back in 1997 the history of the Metal-Bar had it's first steps out of it's babyshoes, the basement had been enlarged to a practicing room for me and my band Radio Active that time. I had the first party down there in March 1997. It was a party I normally would not have been allowed to celebrate but my Mom wasn't at home these days so I organised a kind of secret party. Only my brother knew of it. 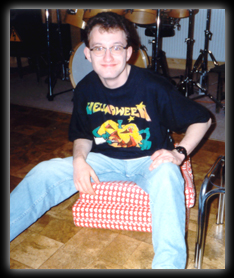 Most of the friends that were at the party were from school, but Tobias, Jan and Alexander (boy from our street) have also been there, of course. It was a really cool party. See the funniest guy ever, Rüdiger (Henning! Was kosten die Kondome?") and Steffen at this party on the left and Tobias on the right.
The guests had a lot of beer (Fosters, Kilkenny, Herrenhäuser, Hasseröder,...) but everything went alright that evening, so no problems afterwards until my mother came back, oh, oh! ;-) Anyways, it was worth it and in between I only celebrate when I am allowed to.

I think these were the first steps to the "Wennie's Metal-Bar". I didn't know that I will one day have an own homepage for my little bar in the basement and if you had told me before I will one day have, I wouldn't have believed it! But have a look, here it is, my own little Metal-Bar! First enjoy the old pictures from the beginning and then you can have a virtual move through my bar. Enjoy! 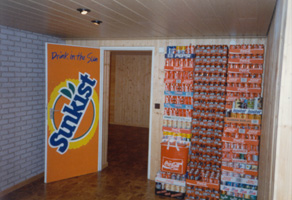 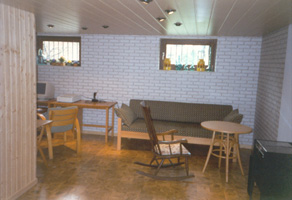 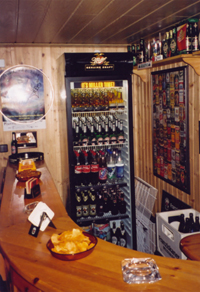 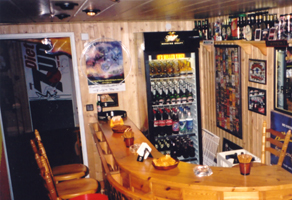 (1+2): The bar itself with the item I am proud of the most: my "Miller's Genuine Draft" bottle-fridge, 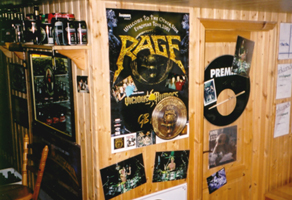 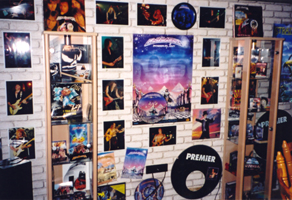 (1): My new RAGE and Mike Terrana corner in the bar,
(2): A part of my metal collection; here Helloween (left), Gamma Ray (middle) 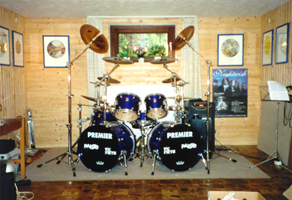