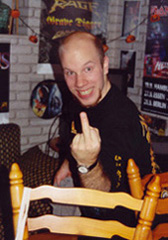 Another year was about to end and I decided to celebrate it in my Metal-Bar. Jan-Georg had been the first one to join, later Jan joined and it was about to become a nice New Year's Eve celebration. We had the idea to make "fondue", meal in a broth with delicious dips. We planned the party together, bought everything and Jan helped me to bring my old TV and my DVD-player to my bar. The evening before Jan-Georg and I already tested how to make the fondue because we were very hungry and it made a lot of fun and we were looking forward to the next day. A "friend" of Jan-Georg, he knew (probably not good enough!) asked if she could also join us and so we at last were four persons celebrating the next evening. Her name was Vanessa.
It started as a very cool evening. We watched the Nightwish DVD and listened to some of the latest cool releases, for example also of "Silbermond" I first have seen in 2004 live. We couldn't see the new Rage DVD as we wanted to do, because I muddled CD and DVD and only brought the Live-CDs with me. We all were in a very good mood, Chris and his parents also joined us later that evening for a short time, thanks for that!

Well, up to that point everything had been fine but shortly before midnight everything changed a lot and it wasn't fun at all anymore... It destroyed most of the cool party and I didn't even realize that the new year had begun in between at that time. Vanessa: better take care of yourself and don't drink too much! The evening could have had another end (hope you know what I mean!?) if you would have been not been with us that night! And Shorsh (on the picture above he is pissed because of cleaning up): better watch out for your so called "friends", don't let the wrong ones be on your side!

... doing this page I feel that there is something missing because the party didn't end the way it started and didn't make us happy at all in the end... NO COMMENT! :-( 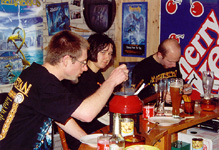 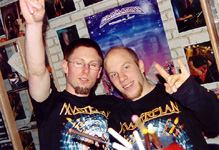 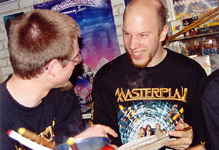 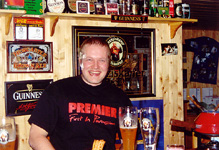 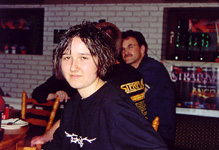 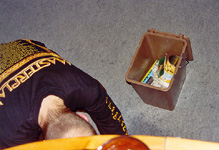 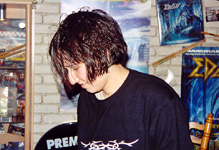 (1): Vanessa, still looking fit..., and Andreas in the background,
(2): A little bit later: Shorsh cleaning up a broken glass of Vanessa (actually NOT empty)... *grrrr*
(3): Vanessa watching Jan-Georg who still is cleaning up... 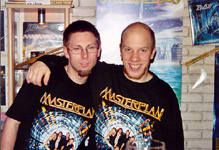 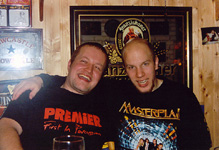 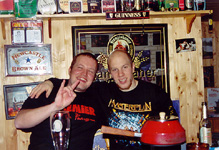 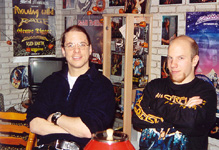 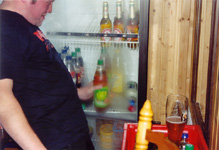 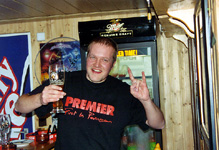 (1): Me still alive after all the mess that happend...